Students and the Production of African Centered Knowing and Knowledge Production: Reinventing A New World

Dr. Nobles Is professor emeritus in the Department of Africana Studies, the School of Ethnic Studies at San Francisco State University and is the founder and Executive Director of the Institute for the Advanced Study of Black Family, Life and Culture, Inc. in Oakland. As the director of the Institute for the Advanced Study of Black Family Life & Culture, Inc., Dr. Nobles has served as the leader of numerous community-based development initiatives. He has written and conducted over sixty-seven funded community-based research, training and development projects. His specific research interest includes African-centered education, African psychology, Black self-concept, racial identity formation and human authenticity, cross-cultural and ethno-human functioning, socio-political systems and psycho-cultural development, African-American family dynamics, psychological aspects of mythology, Black child development and parenting, systems of human transformation, African spirituality and traditional African healing systems. A founding member of the Association of Black Psychologists and former national President (1994-95). Dr. Wade W. Nobles is the author of over sixty-five (65) articles, chapters, research reports and books; is the co-author of the seminal article in Black Psychology, Voodoo or IQ: An Introduction to African Psychology and the author of Seeking the Sakhu: Foundational Writings in African Psychology, an anthology of over thirty years of African centered research and scholarship. In recognition of his scholarship and community work, Dr. Nobles was appointed to serve on the California State Commission on the Status of the African American Males. He has served as a member of the White House Conference on Families, 1980 (Jimmy Carter); The President’s Commission on Mental Health (Member), Special Populations Sub-Panel on Mental Health of Black Americans, 1979 (Jimmy Carter); The White House Conference on Drug Free America, 1984 (Ronald Reagan) and served as a select Diasporan Scholar to the Conference of Intellectuals from Africa and the Diaspora on “Africa in the 21st Century-Integration and Renaissance” in Dakar Senegal, (October 2004). In 1989 Dr. Nobles was initiated as a devotee of Ifa by Chief Priest Ifayemi Elebuibon, the Awise of Osugbo, Osun State Nigeria and in 1996, Dr. Nobles received the high honor of being enstooled as a traditional Chief, the Nkwasohene, of Akwasiho-Kwahu Region of Ghana West Africa. His stool name is Nana Kwaku Berko I.. Upon being enstooled as an African sub-chief for development, Dr. Nobles has been reintegrated back into the ancient clan system of the royal chieftaincy of the Akan civilization. Since that time he has co-led “The Enyimnyam Project”, a unique and special study-development project designed to connect Africans from the Diara with Africans from the continent. 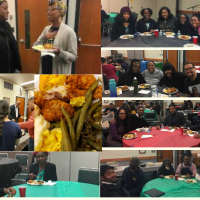 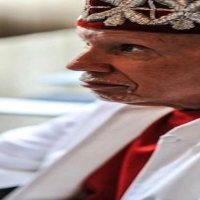 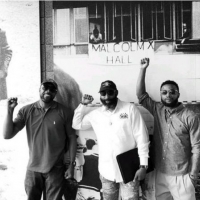 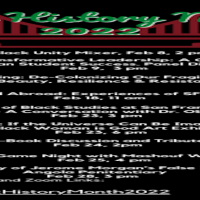